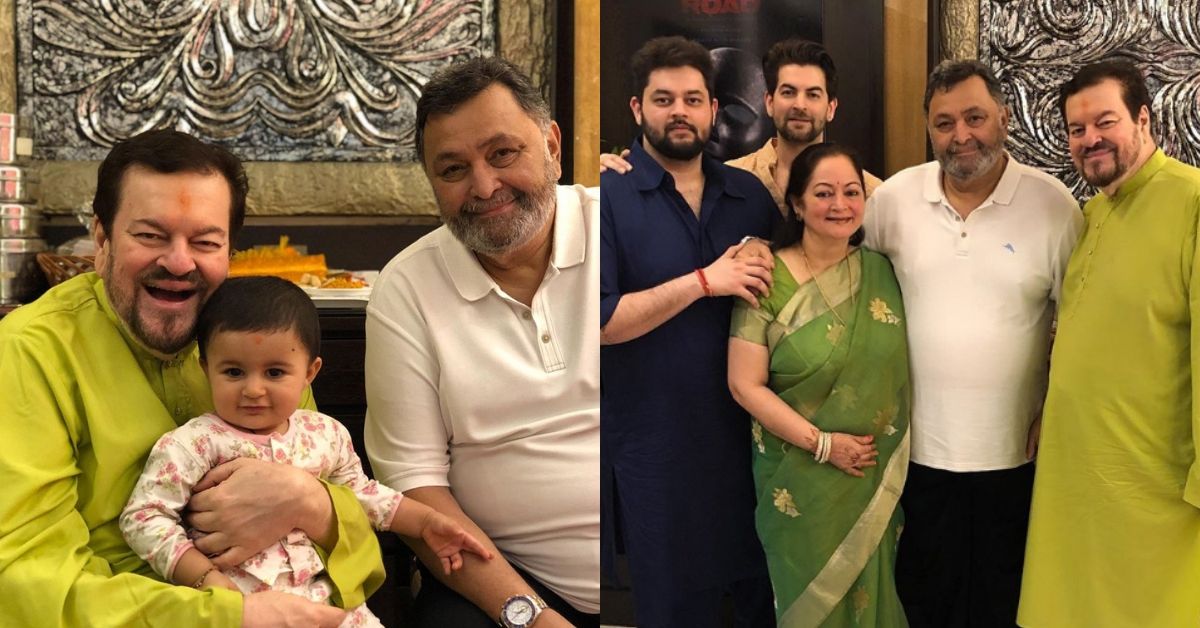 Bollywood actor Rishi Kapoor finally returned to the bay from New York after winning the battle against ca ncer.

Well recently, the actor visited the residence of Neil Nitin Mukesh for Ganpati Darshan and photos of the actor doing a round on social media. 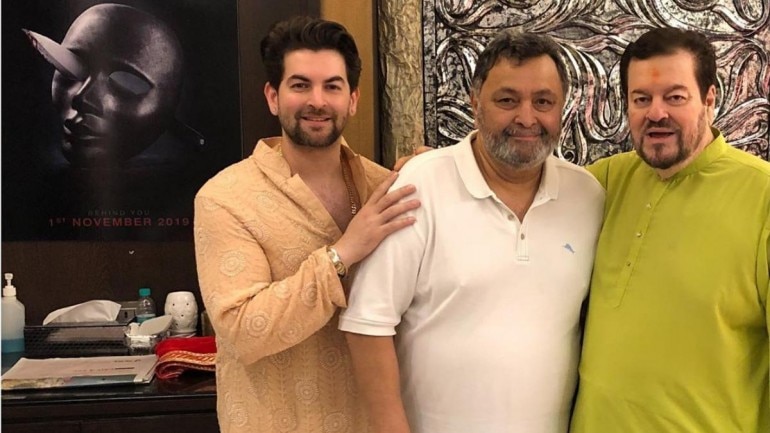 In the photo shared by Neil, Rishi is seen posing with Neil and his family. 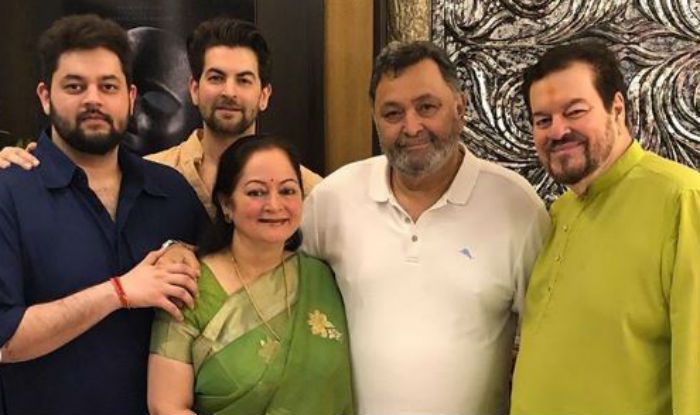 Sharing the photos, Neil wrote, “Nurvi with the two Daadus (Grand Dad). Dear Uncle Chintu visited the house today for Ganpati Darshan. We are all very happy to have met him and hugged him tight. Welcome back uncle Chintu. God bless you always. (sic) ”

Rishi Kapoor returned to India on September 10 after spending nearly a year in New York, where he underwent can cer treatment. He was diagnosed with c ancer in September last year. During his stay in New York with his wife Neetu Kapoor, he was frequently visited by Ranbir Kapoor, Riddhima Kapoor Sahni, Shah Rukh Khan, Aamir Khan, Bachchan and Alia Bhatt.

Kamya Punjabi found love again with Shalabh Dang, based in Delhi, a couple to get married soon