Kareena Kapoor and Saif Ali Khan’s son Taimur are one of the funniest babies in B-city. His adorable photos spread all over the internet. 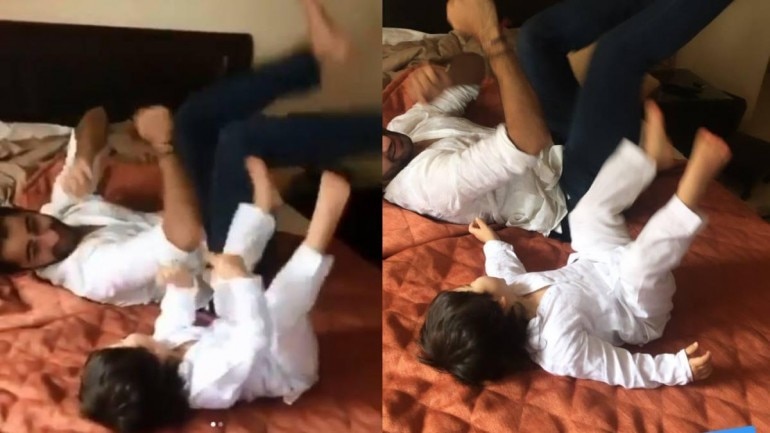 Recently, a toddler video was seen doing a round on social media. In that video, the cute one is seen doing a bicycle sit-up with Uncle Armaan Jain and we believe that is the best thing you will see on the internet today.

Clad in white pajamas, Taimur looks adorable in the video.

Before this, there was also a video where Taimur Ali Khan was seen shouting ‘Mangal Murti Morya’ in an adorable way.

Taimur was born on December 20, 2016, and since then has received much attention from the paparazzi. Dabangg 3 motion poster: Salman Khan is back with his swag

For an optimized experience on mobile, add Magzian shortcut to your mobile device's home screen

1) Press the share button on your browser's menu bar

2) Press 'Add to Home Screen'.
We would like to show you notifications for the latest news and updates.
Dismiss
Allow Notifications